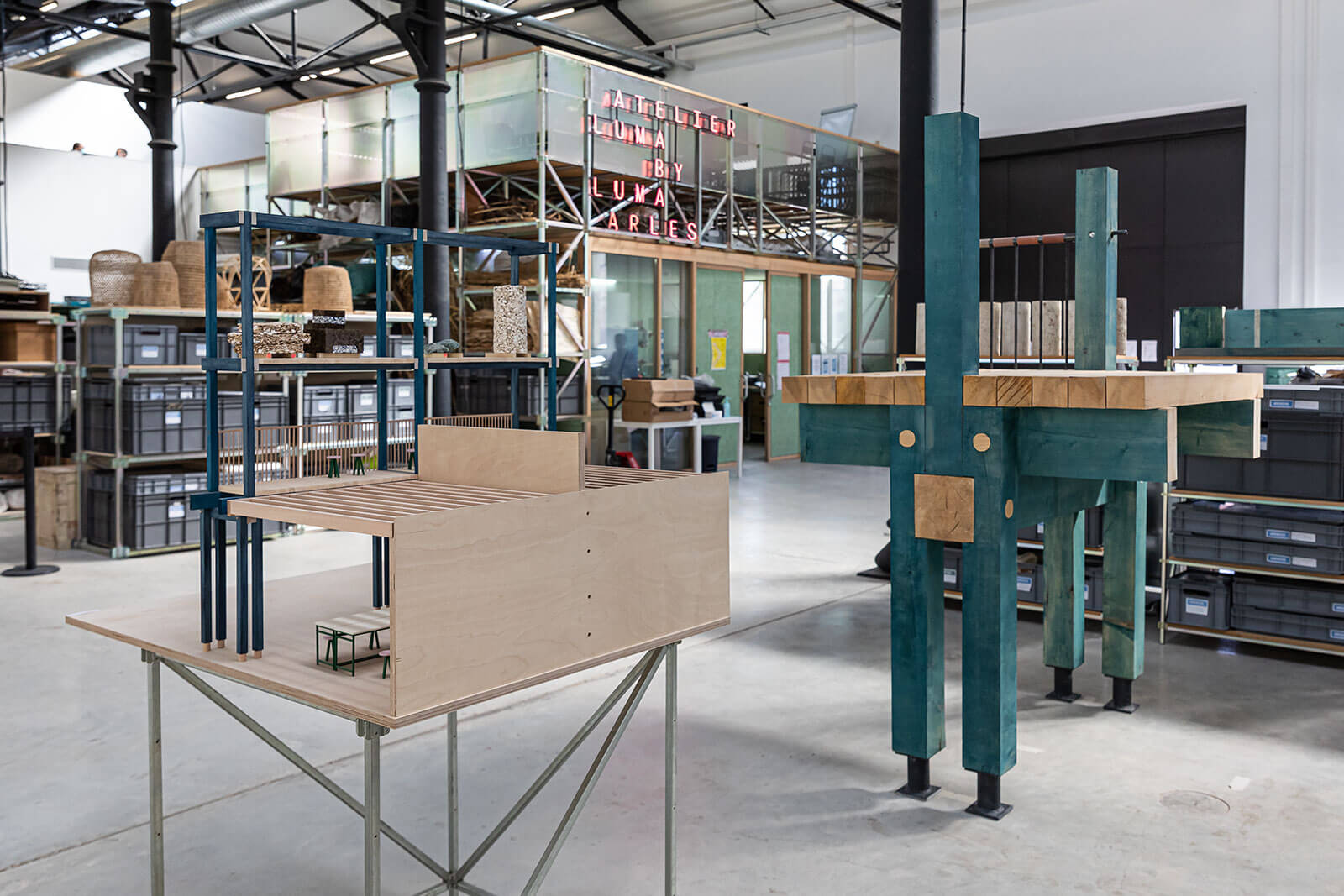 WHEN THE ART world descended upon Arles last June for the grand opening of Maja Hoffmann’s LUMA foundation French outpost, the anticipation was around the freshly completed Frank Gehry building, a stunning new landscape by the Belgian Bas Smets and a whole lot of contemporary art. While those elements didn’t fail to impress, an unexpected revelation came in the form of Atelier LUMA, a unique workshop where materials were being made from mushrooms, rice straw, algae and reeds. 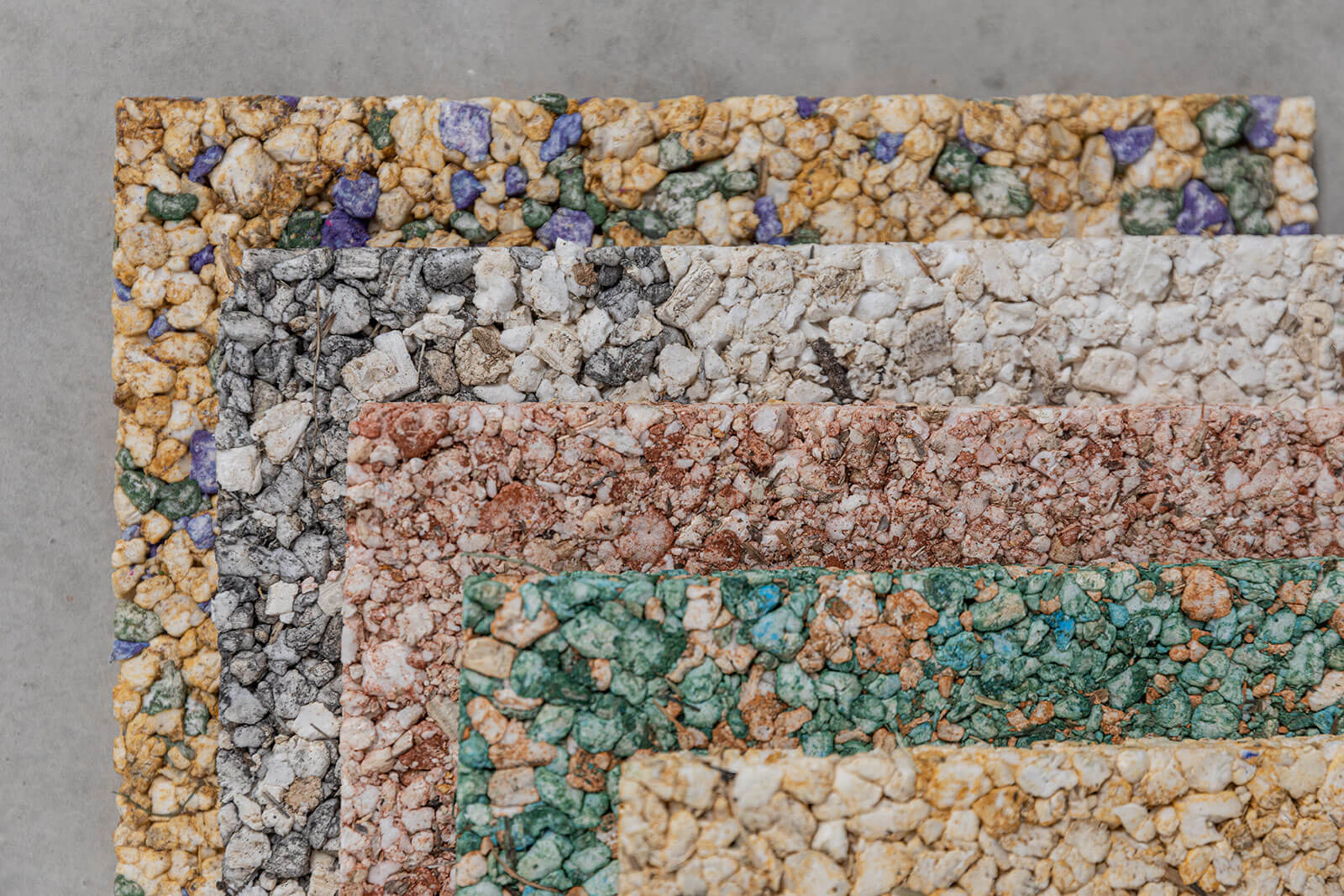 As visitors started to walk through the Gehry tower, their attention was taken not just by the architecture, but by walls finished in glistening white panels made in the Atelier from local salt. “People could see the results of our work being used in the architecture,” says Jan Boelen, who set up the Atelier in 2016. “And there doesn’t seem to be a single person who can resist touching the salt panels. That makes me so happy. It means the design becomes a tactile, immersive, experiential thing.” 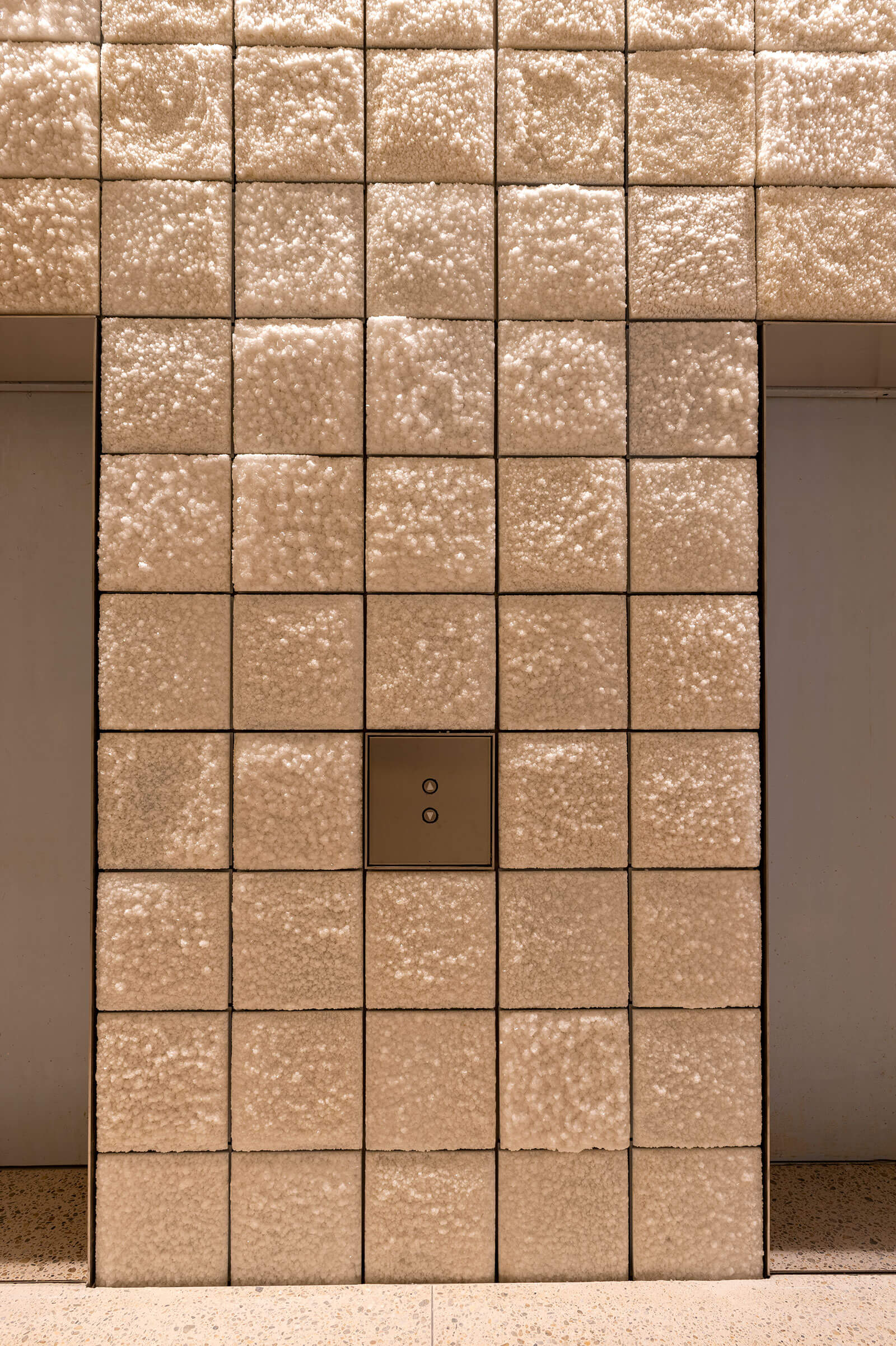 The 27-acre Parc des Ateliers, now occupied by LUMA, had once been a railyard for the French National railways. Hoffmann, who had originally established the LUMA Foundation in Zurich in 2004 – as a centre to combine work around contemporary art, environmental research and human rights – acquired the site four years later. Although Swiss by birth, Hoffmann has strong ties to Arles. Her father, an ornithologist, set up an environmental research centre in the Camargue in the 1950s, before going on to co-found the World Wildlife Foundation in 1961, and she was largely brought up in the region. She has also inherited her father’s campaigning ways, though her prism of engagement is contemporary art.

Atelier LUMA was not part of the original programme for Arles, but in 2016 Hoffmann approached Boelen to make a chair for LUMA that used local materials. Boelen, who has had a significant career as a designer, curator and educator, thought differently.

“Once I’d visited LUMA, and realised the scale of the project, I said ‘You must do something that looks at the whole region. Something really ambitious’,” says the Belgian-born designer. And Hoffmann, who loves to host creative minds, agreed. A number of designers were invited to Arles in 2016. By the following year, Boelen had been given his own sizeable workshop in a building called the Mécanique, which had been beautifully restored by Annabelle Selldorf. 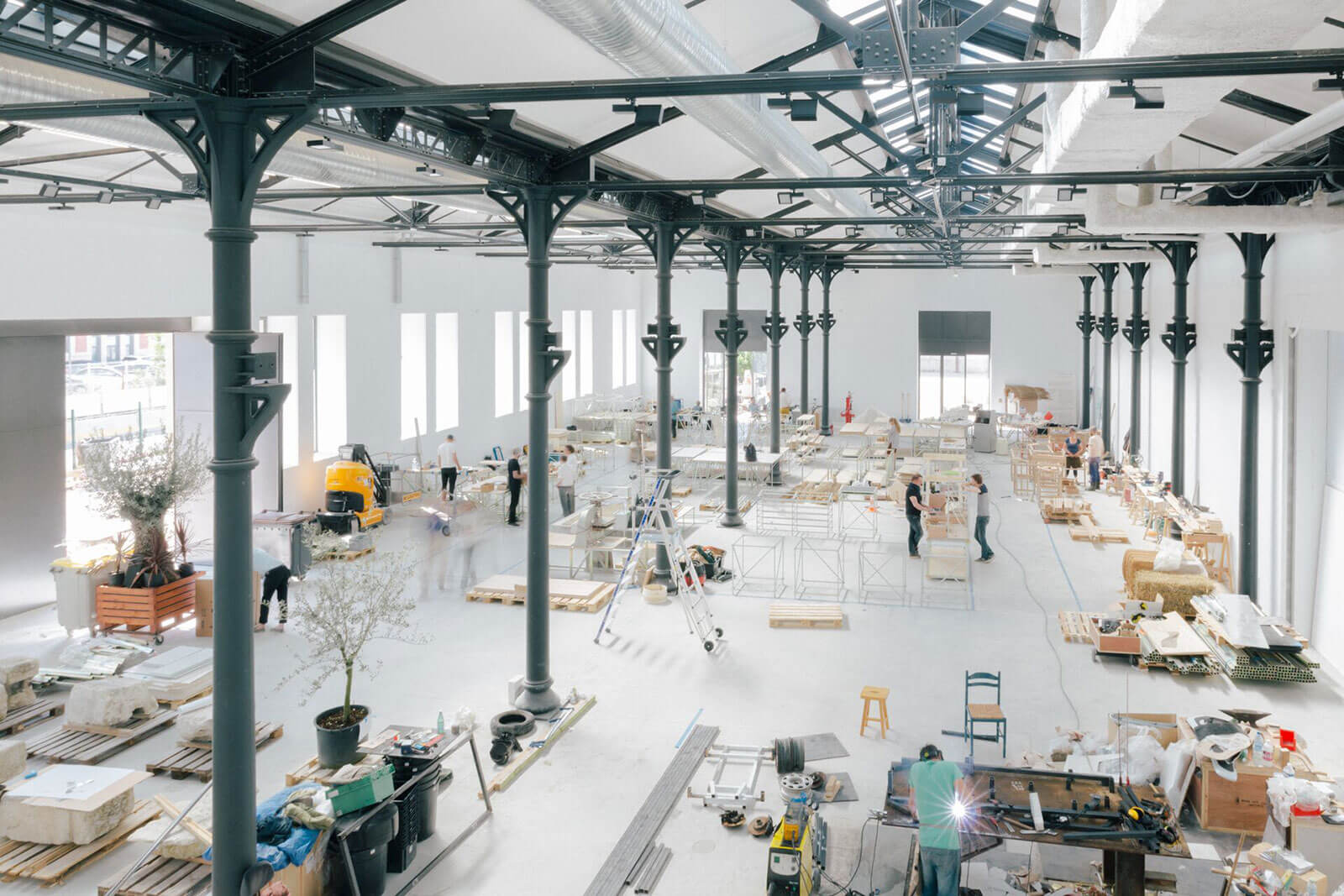 The Camargue is rich in resources, though many have not been exploited for years. “Sel de Camargue is on sale in a few select groceries,” says Boelen, 54, “but 99% of it was being exported to Switzerland to put on roads in the snow.” Now, under the leadership of Dutch designer Karlijn Sibbel, a crystallisation process that enables salt to grow onto custom-built frames has created the product that lines the Gehry tower. 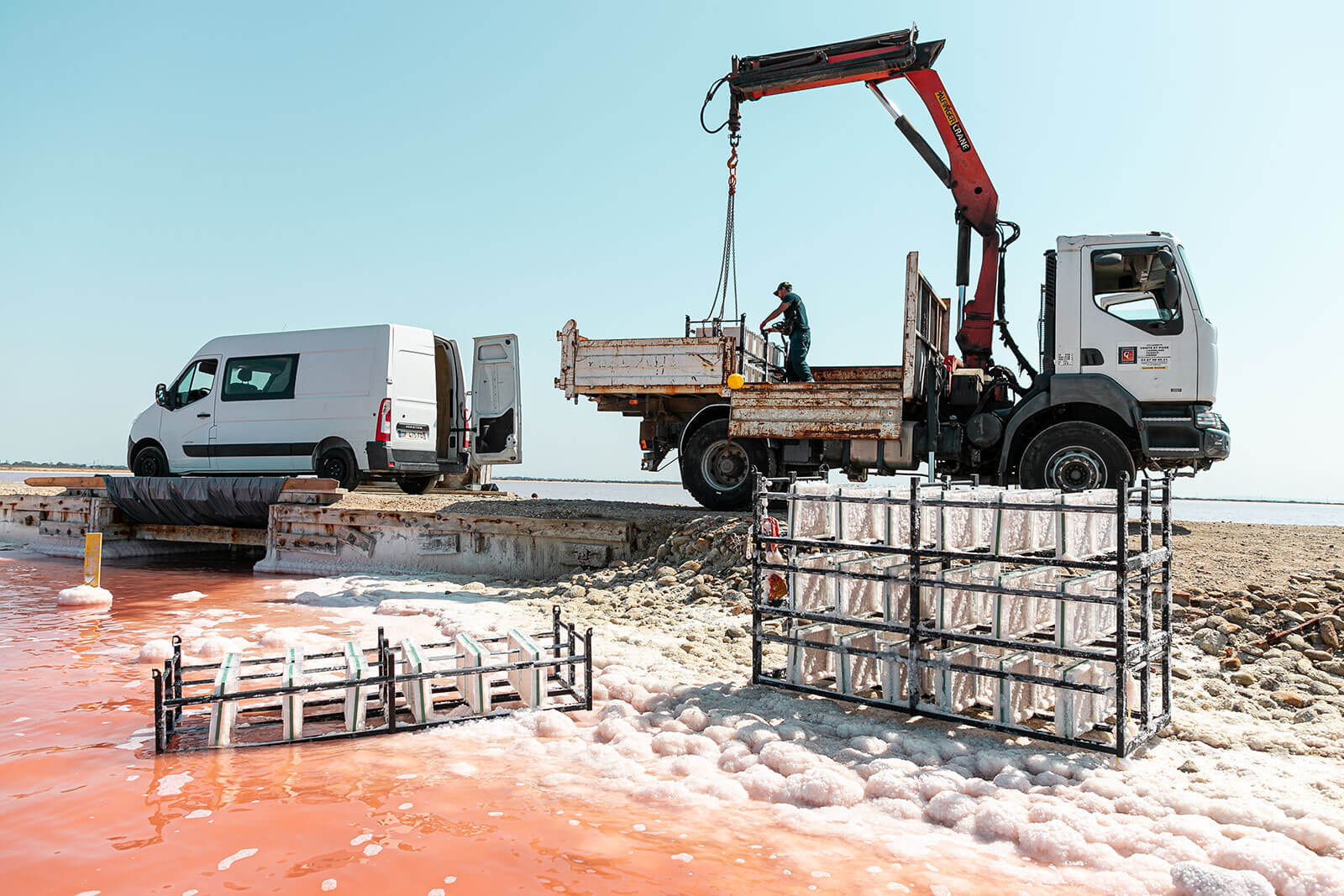 Production of the salt crystallisation tiles in the salt marshes of the Carmargue
COURTESY: Atelier LUMA / PHOTOGRAPH: © Adrian Deweerdt

Equally, the gorgeously coloured tiles that Boelen persuaded the architects to use in the tower’s toilets are made from algae (developed by a platform run by the Dutch design duo Studio Klarenbeek), though they could easily be resin or glass. “It’s because the material plays with light in the same way,” says Boelen. “So you feel the depth and that’s a very attractive thing.” For anyone who associates eco-products with poor aesthetics, Atelier LUMA’s work demonstrates just how luxurious the outcomes can be. 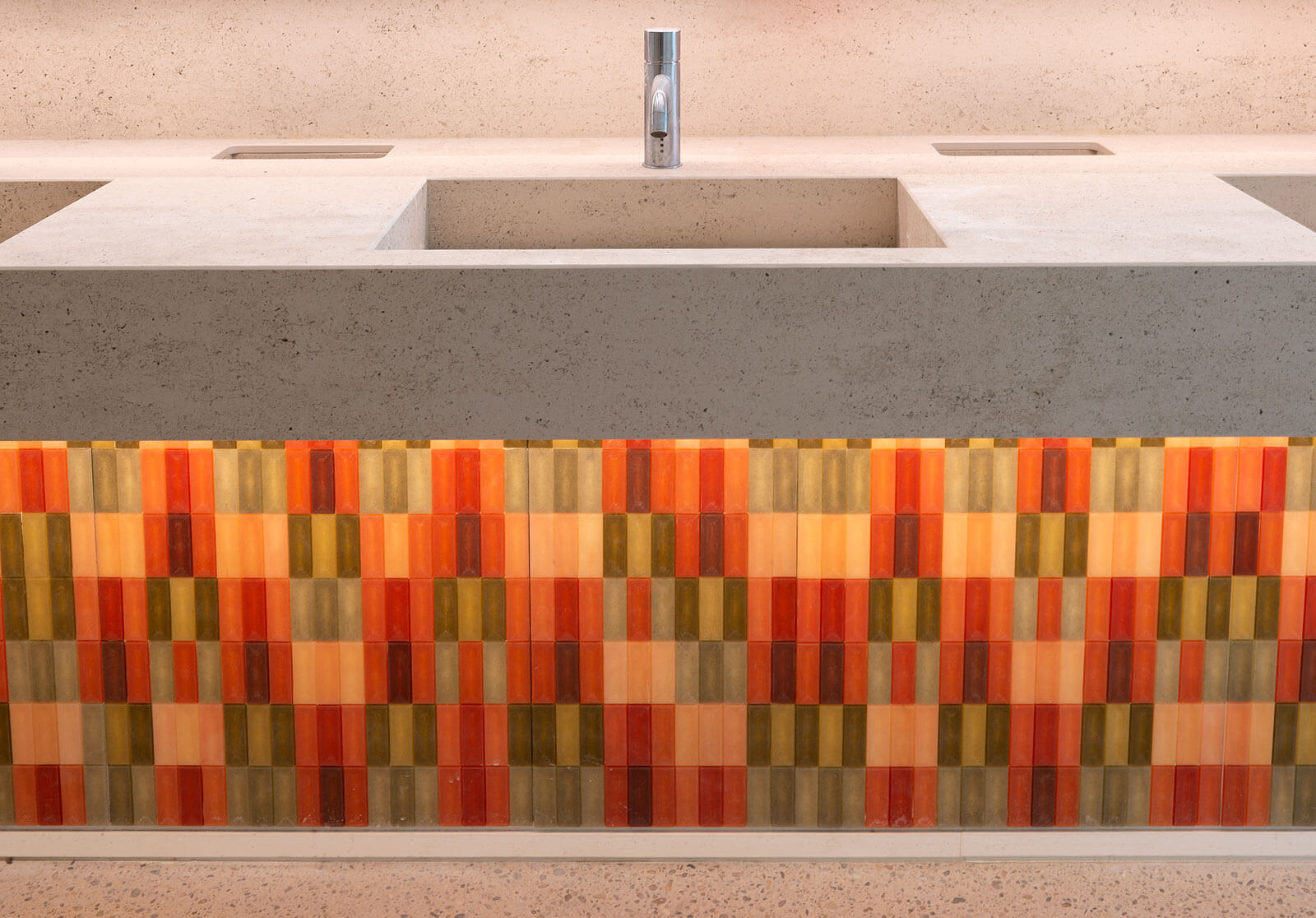 The diversity of the twenty or so designers, biologists and technicians working in the Atelier has led to an extraordinary cross-pollination of expertise and innovation, while the realisation of live projects – meeting the demands of artists and architects – both justifies and pushes the programme to its limits.

In a new café, designed by Thai artist Rirkrit Tiravanija, the walls have been lined in a pale green sheet material made from compressed sunflowers and a dazzling Aubusson has been woven from local merino wool. Axelle Gisserot is the young French textile designer who worked with Tiravanija on the tapestry. The artist had provided an image of a sunflower field – a homage to Van Gogh who painted many of his famous sunflowers in Arles – Gisserot then created a suitable yarn and 72 natural dyes using local plants. “The wool from the local Merino herds is some of the finest in Europe, but the shepherds had only been using the sheep for meat and milk since the 18th century,” explains the designer. “I worked with an Italian mill to spin the yarn then we went to Aubusson to make the jacquard tapestry.” 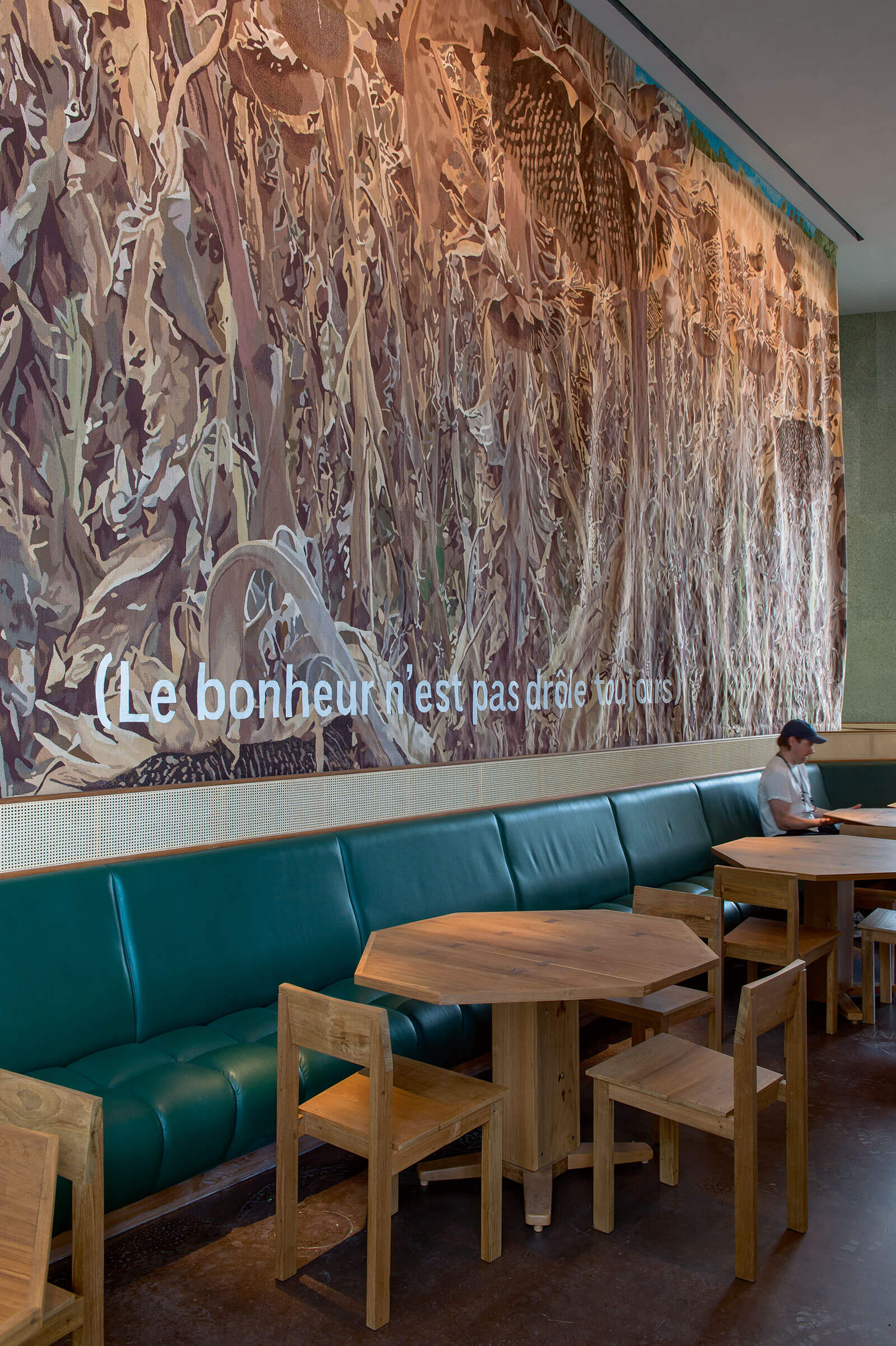 Meanwhile in the Refectoire, one of several on-site restaurants, the designer Martino Gamper – known for creating highly desirable collectible design, often through reworking existing materials – has used mycelium-derived panelling for walls, a bioplastic made with olive pits for chair slats and a new type of upholstery composed of rice straw. “We are able to test all these new possibilities in real life,” says Gamper, “It’s an amazing opportunity.” 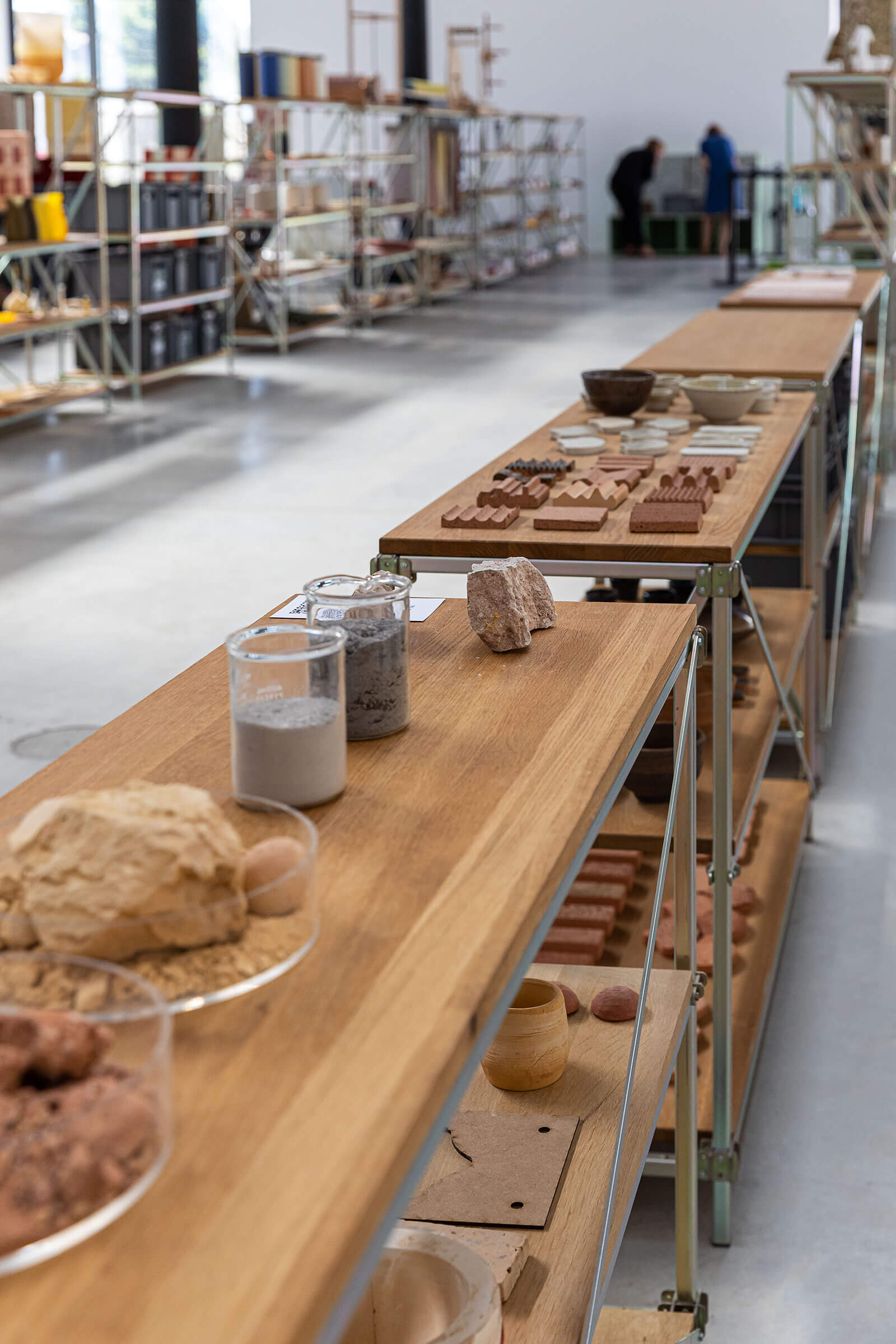 Such is the success of the atelier that Hoffmann has underwritten a new building for it, designed by British team Assemble and the Belgian practice BC architects, which will be completed next year. Walls will be made from the atelier’s own rammed-earth brick. But this is not to be a point of production. “The most interesting part is yet to come,” says Boelen. “We have no interest in exporting materials – they are heavy and they need to be made locally. Instead we are going to share these processes with people all over the world, so they can exploit their own natural resources.” 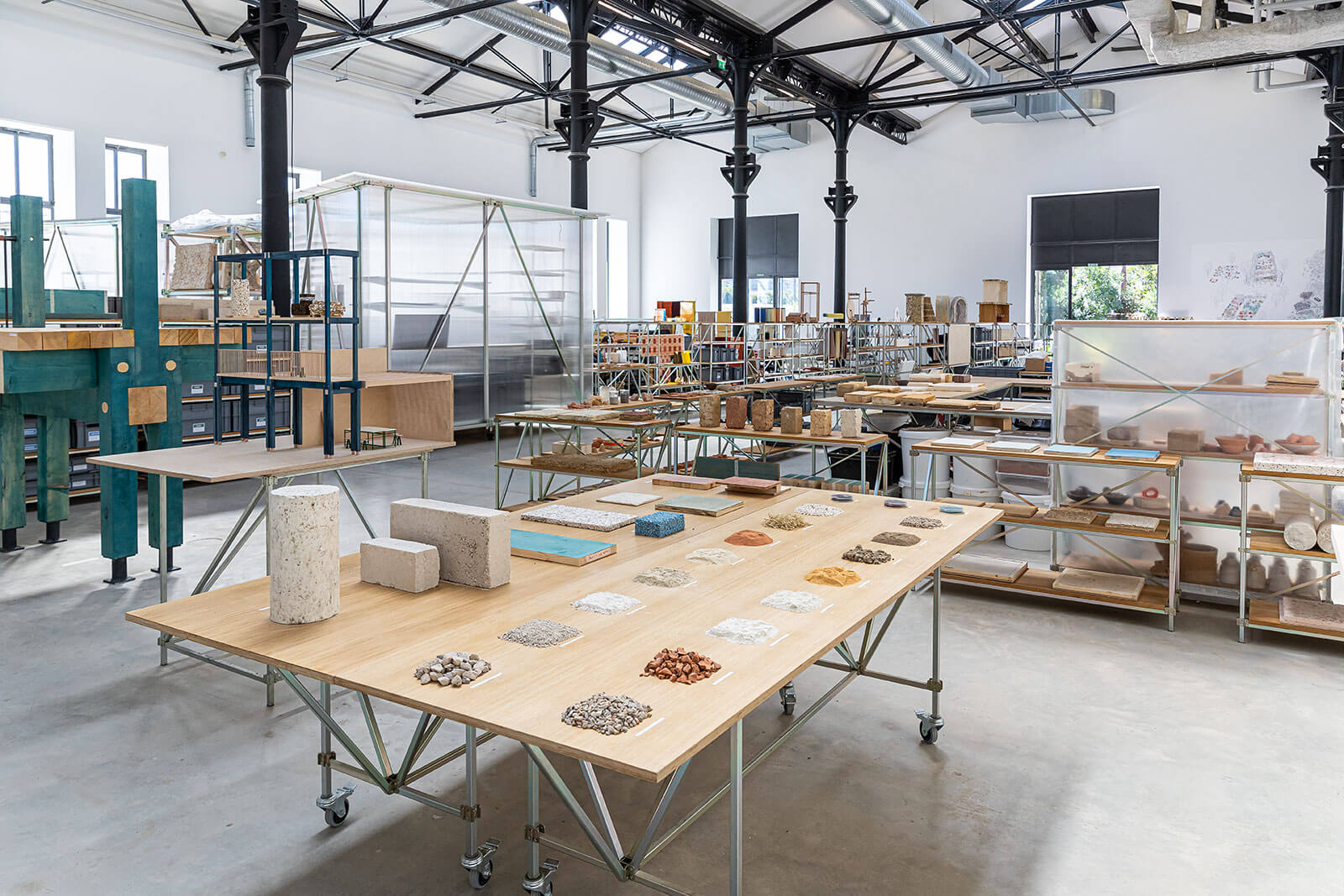 At LUMA, while the artists are creating heightened awareness and narratives around contemporary society, you could say the atelier is taking things one step further and actively creating a more resilient world. 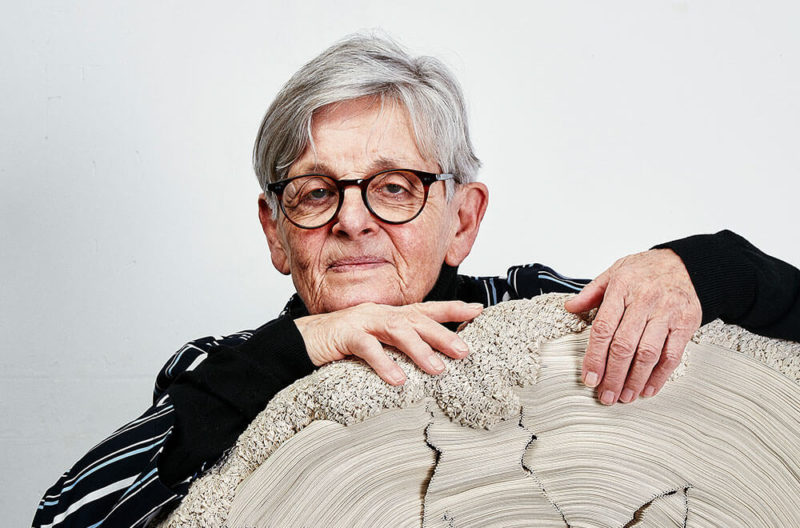 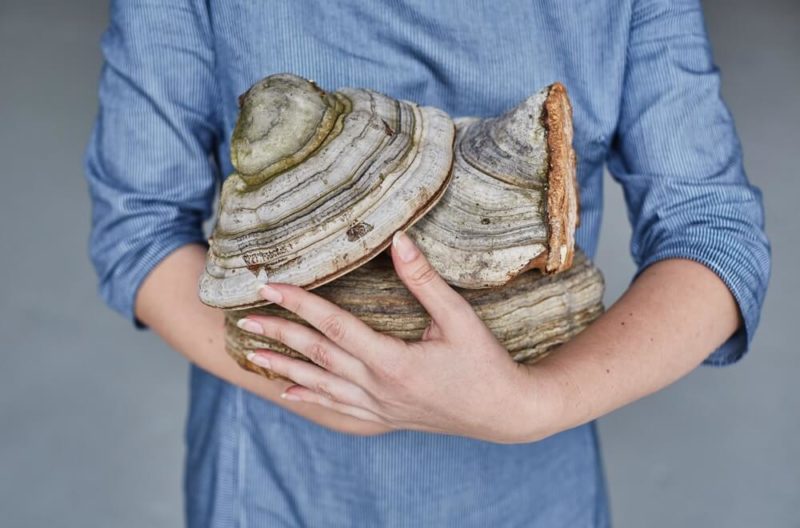 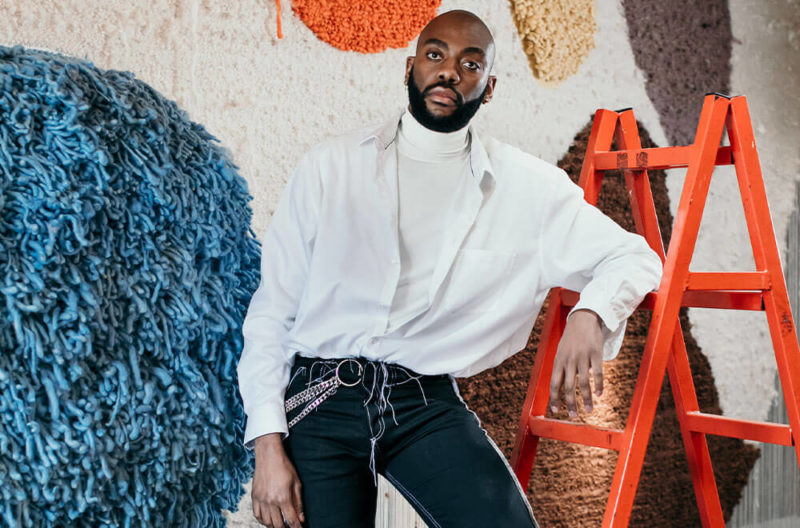