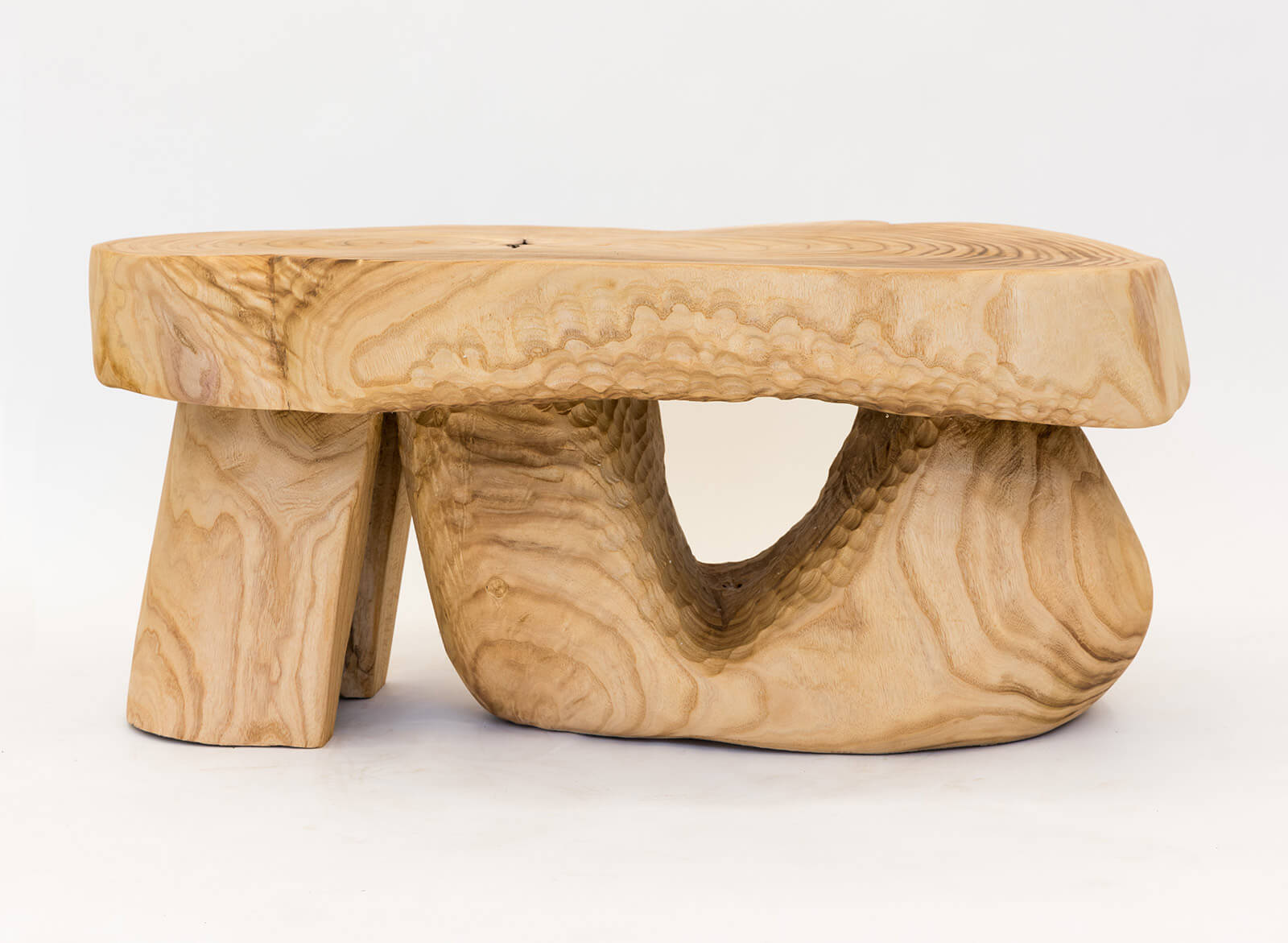 CUT STRAIGHT FROM blocks of Paulownia wood, a Chinese species endemic to the Pacific Northwest, the ‘Marayour Table’ is made up of three elemental forms. A cylinder and “U-shape” help prop-up a linear slab in a roughly-hewn monolithic assemblage that resembles Stonehenge, or the geological formations of Utah’s Natural Bridges Monument. This particular pedestal, however, directly references the lesser-known dolmens found in Southern India’s Idukki district. Constructed during the Stone Age, these architectonic megaliths often comprise five stones to delineate four walls and a roof. The prehistoric enclosures also contain small windows in which, it is believed, sage was inserted. The undulating base of the ‘Marayour Table’ is a direct evocation of this detail.

Portland-based sculptor and furniture maker Vince Skelly almost always pulls inspiration from ancient structures. ‘Marayour Table’ is symbolic of his ongoing exploration and implementation of primordial forms. “I’m fascinated by basic shapes and the roles they’ve played in our lives,” he explains. “Circles, squares and triangles are the archetypal building blocks of humankind that we’ve used for thousands of years. There’s a striking similarity between dolmens and modern designs such as the iconic ‘Noguchi Table’.”

Inspired by the biomorphism of artists like Constantin Brâncuși and Philip Guston, Skelly is drawn to the former’s use of plinths and the latter’s mastery of clunky and soft forms, even if rendered in two-dimensional paint. Much like American Studio Craft master Wendell Castle, the young artist sculpts his preliminary forms using a chainsaw. He later employs traditional wood carving devices to refine and finish the shapes. “When I find a chunk of wood to work with, I allow its natural form to dictate size and scale,” Skelly explains. “I think the most important part of my process is improvisation – often I encounter a large crack or void in the wood, qualities which force me to integrate the natural imperfection into the design. After a piece is roughed out, I begin to use hand tools like gouges and rasps. This time-consuming technique allows me to connect with the wood and develop a relationship with it.”

This reductive, intuitive and material-driven approach ensures that the work is elevated from mere primitivism to a nuanced balance of organicism and ruggedness. ‘Marayour Table’ is among twelve recently completed pieces currently on view at Portland gallery Adams and Ollman. The ‘New Works’ exhibition runs until March 13th. 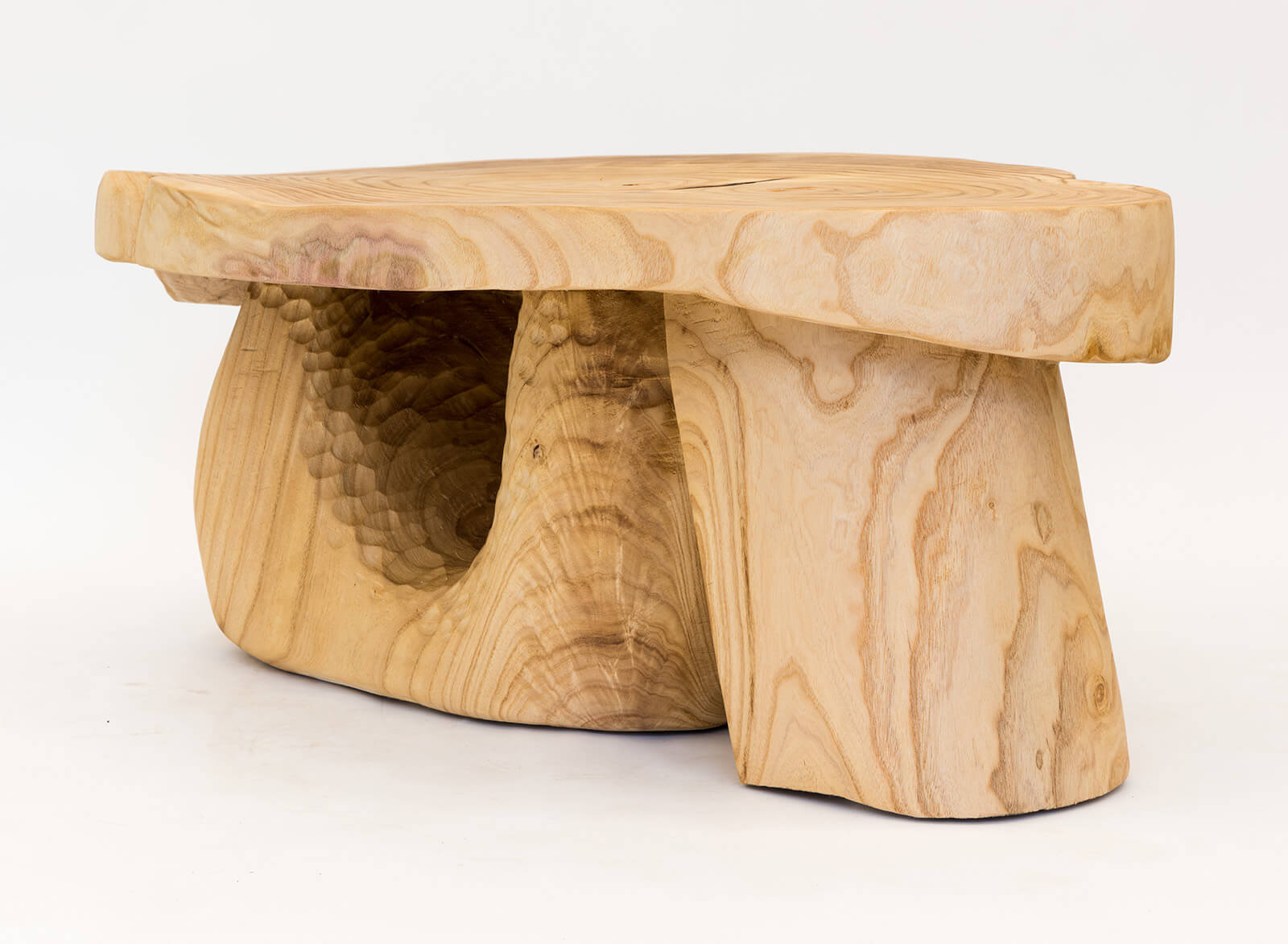 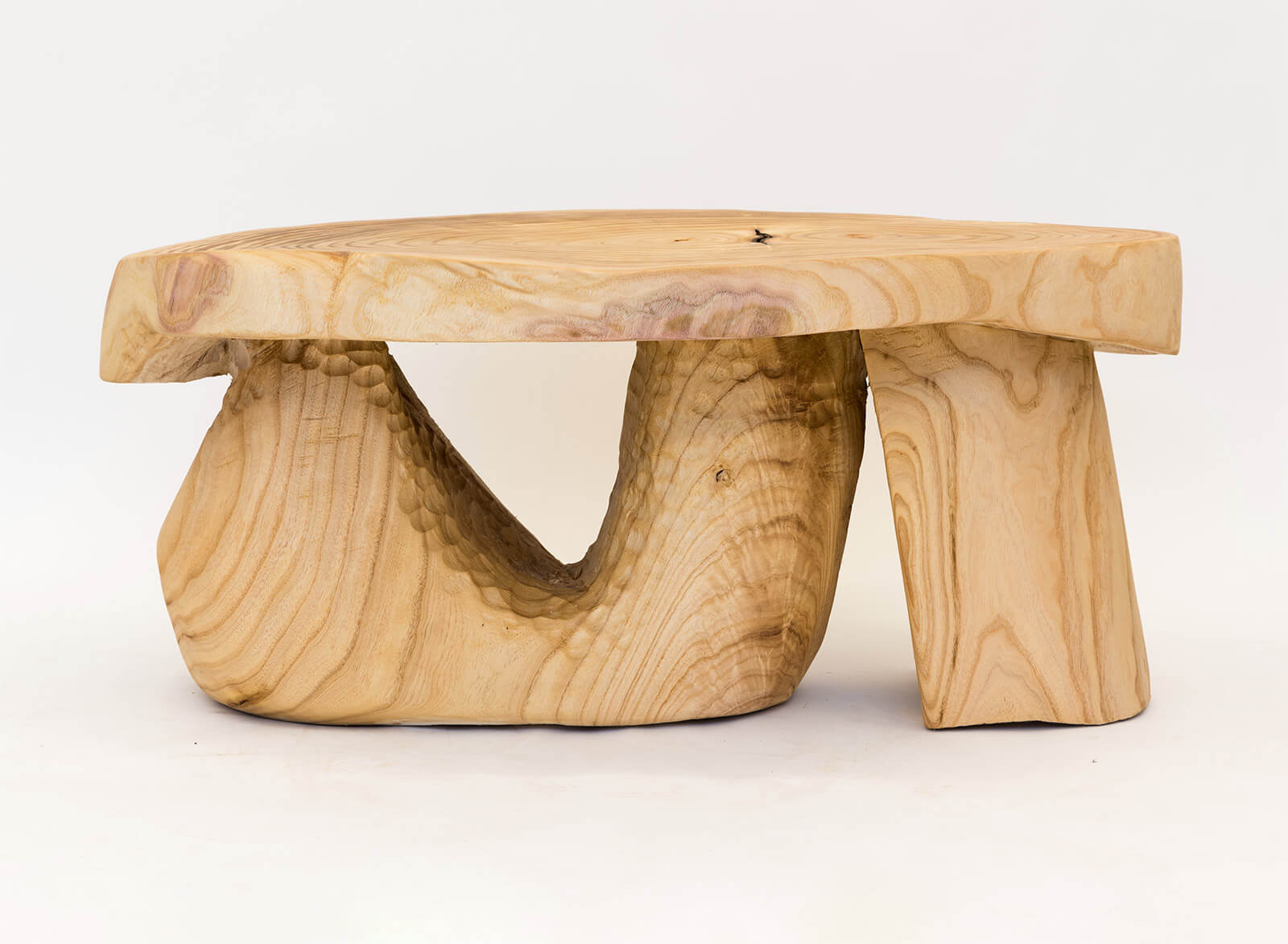 Vince Skelly: New Works is on show at Adams and Dollman until 13th March 2021. 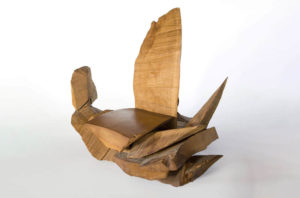